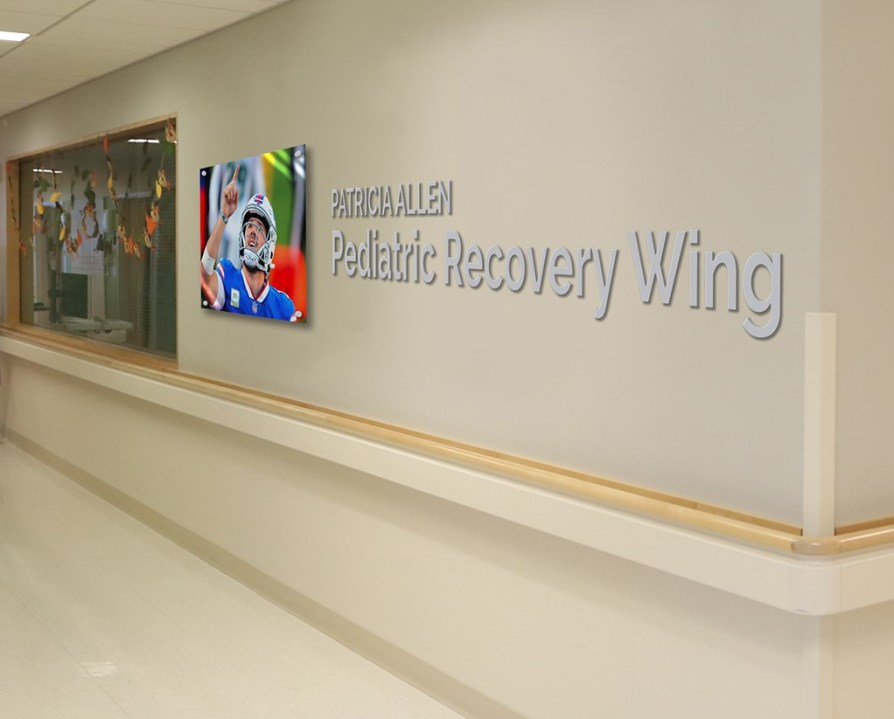 Buffalo, New York (WIVB) – John R. Oyshei Children’s Hospital has announced that it will donate the western wing of the hospital to Buffalo’s accounting department to Josha Allen through her late grandfather Patricia Allen.

Hospital officials told us they had set up a new fund in honor of Partias Allen, providing ongoing support to patients. The decision came after an imaginary meeting with Josh Allen.

The OII announced that the tenth floor of the hospital was also dedicated to Allen’s grandfather, now known as “Patricia Allen’s Children’s Resuscitation Wing.”

According to the hospital, during the Bahá’í game, a photo of Allen pointing to his grandfather in the sky was ridiculed.

Josh Allen said, “I am humiliated by the wonderful generosity that has flowed over the past few days in honor of my grandfather. It means a world to me and my family, and we are very grateful that these donations will help save many lives in the years to come.

Fans of Josh Allen and Buffalo Bills raised about $ 700,000 for the hospital in honor of Patricia.

In honor of the fans who showed the bill, one playroom was also named the “Buffalo Accounts Entertainment Zone.”

According to Josh, the hospital has launched the Patricia Allen Fund, which provides ongoing support to the critical care team at Oshi Children’s Hospital, which provides life-saving services to pediatric patients. The team includes a pediatric transport team that transports more than 800 patients each year to Weigh Children’s Hospital in eight West New York and Northern Pennsylvania counties.

If you would like to donate to the hospital in honor of Patricia Allen, click here over here.